Jeter Pritchard Robinson was born in 1892 of a large, influential family in the Mars Hill area. He was named after Jeter Conley Pritchard, a well-known late 19th century US Senator and judge from Madison County.

This farmstead has good examples of several barns and outbuildings still in use today. The main gambrel roof livestock barn was built in 1933. It is a bank barn that allows trucks and tractors to drive into the loft level. The loft floor was also used for threshing wheat until the 1950’s. Like most barns of this period, it was once painted red. A unique feature is the use of wrought iron wagon wheel tires for door hinges.

The burley tobacco barn was built in 1934 in the “Kentucky style”. It is a typical pole barn constructed of vertical white pine poles and horizontal tier poles, with framed lumber exterior walls on chestnut sills.

The casing house, also a canning house and granary, was built in the late 1930’s, using hand-made pressed concrete block. The box forms are still in the possession of the owner. The produce shed was built in 2004. Robinson was also an early user of barbed wire, then known as “WWI barbed wire”.

Type of Construction: Post and Beam and Stud Frame

Outbuildings: The casing house, also a can house and/or granary, was built in the late 1930’s, using hand-made pressed concrete block, made by Tom Willet, with the sand coming from Forks of Ivy River. The box forms are still in the possession of the owner. Grain bins w 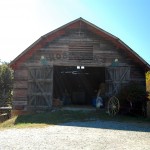 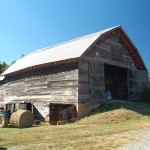 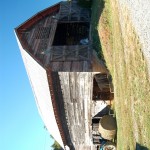 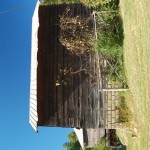 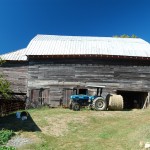 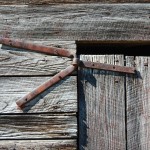 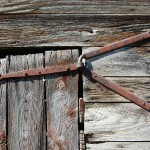 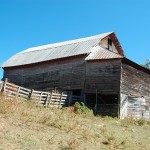 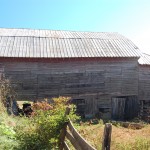 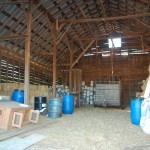 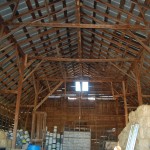 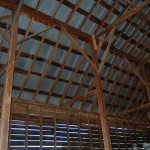 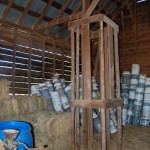 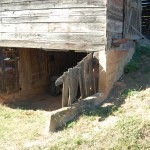 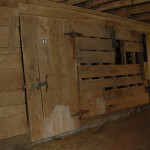 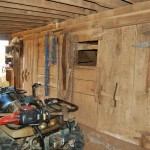 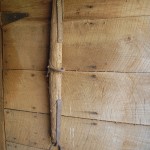 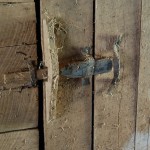 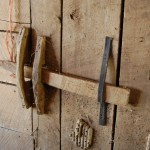 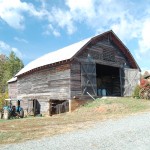 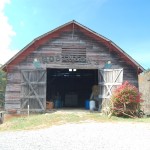 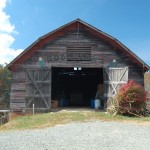 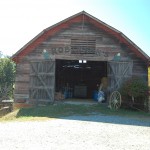