The Oscar Young barn is part of a farmstead that included a relatively large cove of land, including a later dairy operation. Oscar Young, born 1891, built this barn in 1910 just before he deconstructed and rebuilt a nearby house after being married. It represents a relatively late use of hewn log cribs in this township, with V-notched logs, and was the primary utility barn housing their mules, Bill and Mert, a milk cow, and later a draft horse. The gambrel roof is original according to Gerald Young, born 1930, son of Oscar Young. If that is correct, it is the earliest known gambrel roof among those barns documented to date. It also had a silo at one time, the construction type not known. A shed roof addition was built in the late 20th century. This barn could have been altered during replacement of earlier split wood shingles, as was typical, that included a change in the roof shape from a gable roof to a slight gambrel profile, but this is not confirmed. The second level angle is so slight as to be barely perceptible, and as with other barns of this period, no explanation has been learned to explain this. It was adapted for curing of burley tobacco with the addition of tobacco tier poles, likely in the 1920’s. 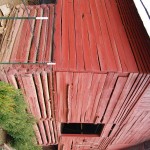 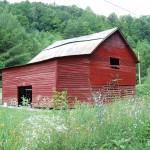 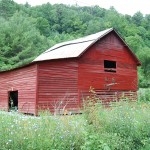 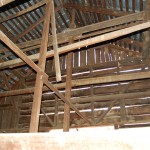 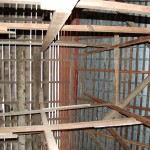 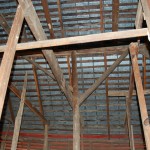 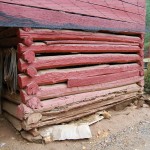 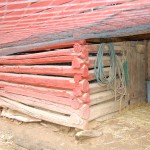 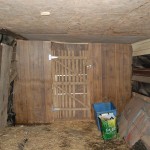 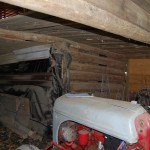 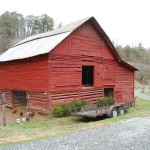 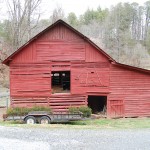 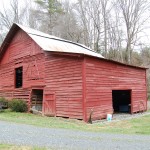 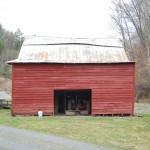 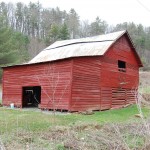 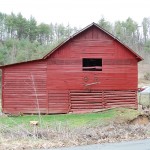 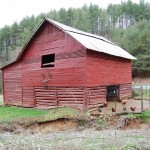 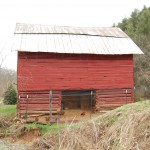 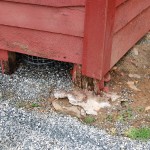 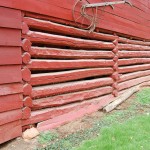 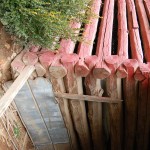 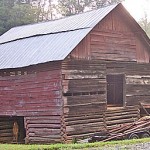 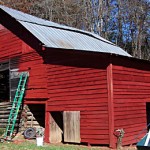